This morning I felt like a newborn baby–I was asleep, cuddling my pillow that was warmed from my body’s sleepy heat, dreaming. Twenty minutes later, I was shivering on the Express bus from the icy air conditioned air on a rainy monday morning. Even though I held an umbrella, the sideways rain dampened the back of my plaid shirt. On the elevator up to work, I literally thought, This must be what a newborn baby feels like. The security guard patted my back when I began to cry in loud wails. I burped and felt better. 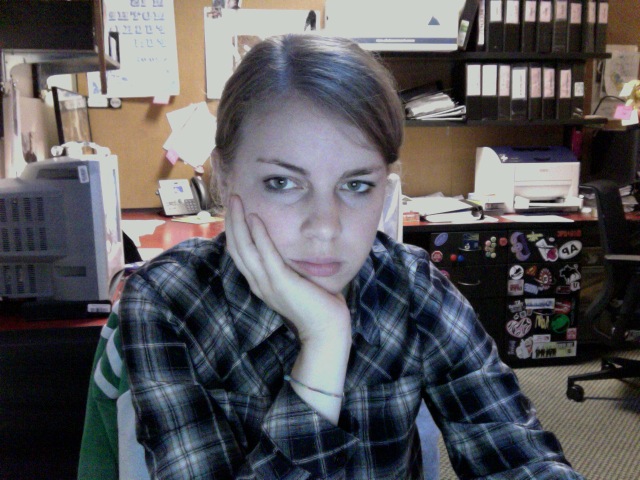 Although I don’t look happy, I am.

I started a new book today, Jodi Picoult’s Vanishing Acts. It is “Richly textured and engaging”, according to the Boston Globe. It is “Good so far”, according to me. The novel is about a woman, let’s just call her Delia [because that’s her name in the book], who is married, has a daughter and is a detective who uses her dog [let’s just call her Greta] to find missing persons, using their scent. So like, the dog would smell a little girl’s sock, then be able to use the scent to follow her trail. If you don’t understand, email me and I’ll explain it to you in-depth. Delia returns home one day and is greeted by red and blue flashing lights, a.k.a. the PoPo a.k.a. the police. Her father is placed under arrest for the kidnapping of a four year old child, Bethany Matthews many years before. In a dramatic scene, Bethany asks her father, “Who is Bethany Matthews?”. Her father glares at her, “You were,” he says. dum Dum DUM. But wait, how can Bethany Matthews be Delia Hopkins? That doesn’t make any sense at all!

This novel reminds me of Caroline B. Cooney’s The Face on the Milk Carton. Where a young teenager, Janie Johnson, is eating lunch at school and sees her own face, as a child, on the milk carton. It says the girl, Jennie Spring, was kidnapped in a shopping mall in New Jersey 12 years prior. But wait, how can Janie Johnson be Jennie Spring? dum Dum DUM. The book was then turned into a Lifetime movie starring Kellie Martin who played med student Lucy Knight on NBC’s medical drama, ER. That’s probably the only reason I watched it [and possibly recorded it on VHS]. I loved the show ER. I will always have a special place for it in my heart… specifically, my left ventricle.

This past weekend began Friday after work when we met in Brooklyn, had dinner then saw Ra Ra Riot perform at the Music Hall of Williamsburg. They are a group of humans who play instruments to make music. 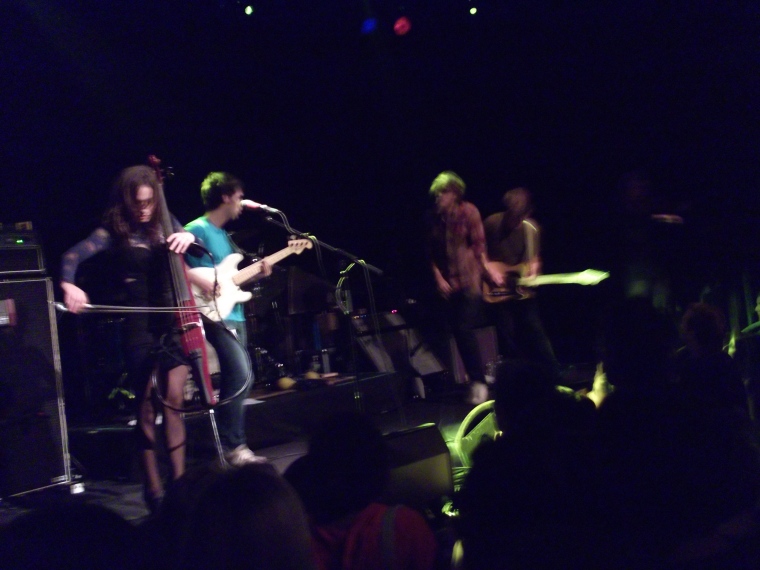 Watch the video below to hear one of my favorite songs of theirs when they performed on the David Letterman show.

The were many good parts to the concert including the lead male singer’s voice and the two females who played the electric cello and the violin, respectively. [as opposed to disrespectively] I have decided to stop recording live performances with my digital camera because it takes away from my enjoyment and being in the moment during the show, and there are always other people who record the songs then upload them to youtube.

The weekend continued the next day, going to the Bridgewater Mall with my sister. I brought two new pieces of apparel including a plaid shirt/dress and gray nice shirt to wear on the upper half of my body. Emily rode the elevator while holding her keys and giving me that, “I don’t want you to take a picture of me” look when she’s really thinking, “I’m glad you’re taking my picture”.

I travelled into the city to participate in the Tunnel to Towers Run for Stephen Siller, a firefighter who gave his life to save people on 9/11. I ran the 3.1 mile race through the tunnel. Here are some pictures from it. 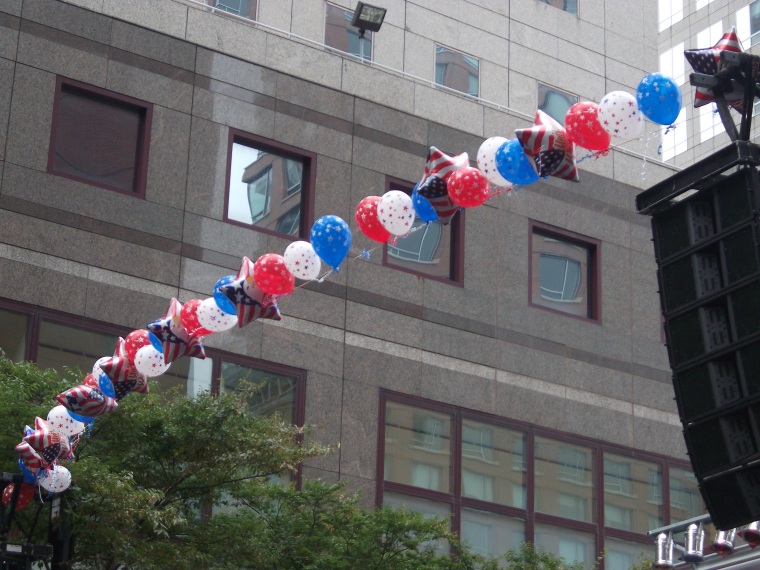 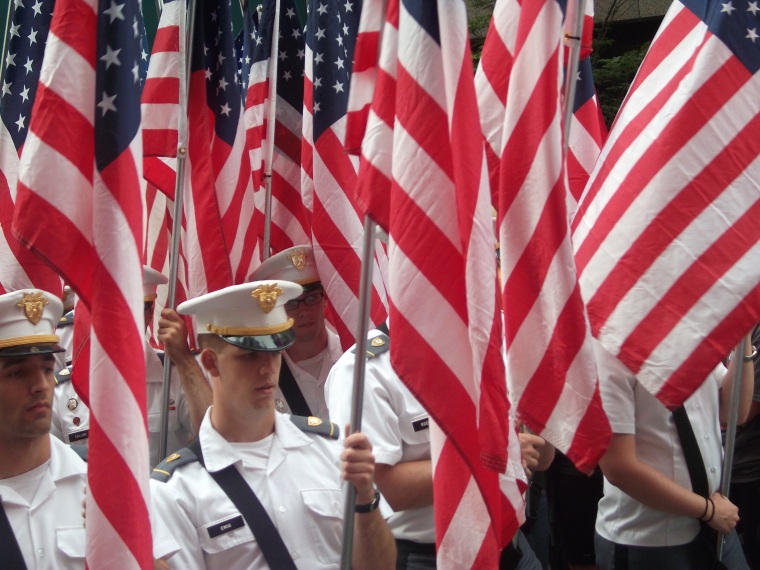 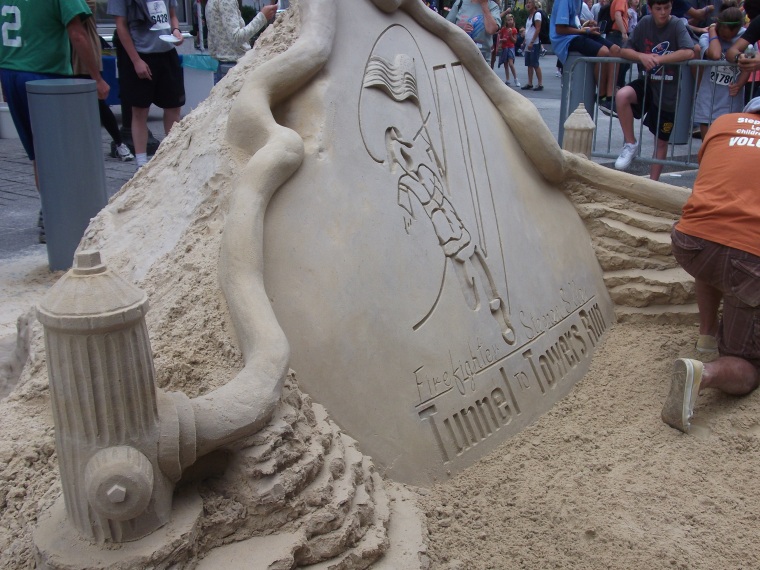 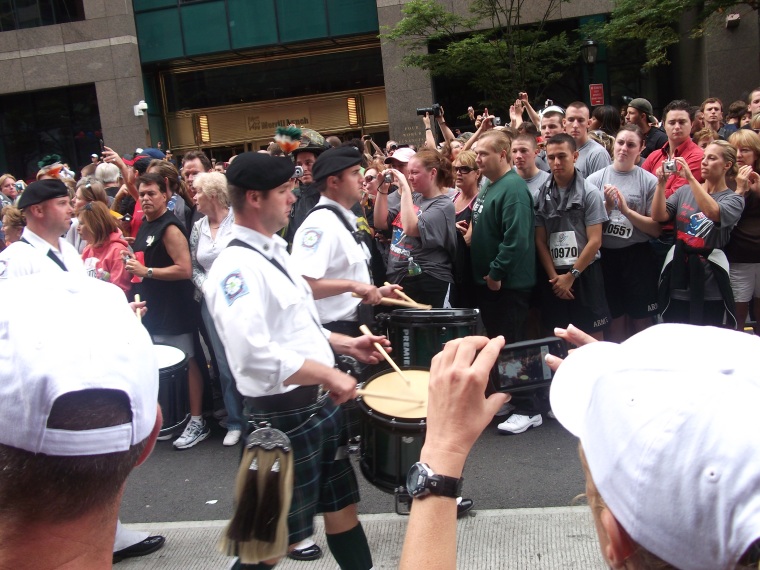 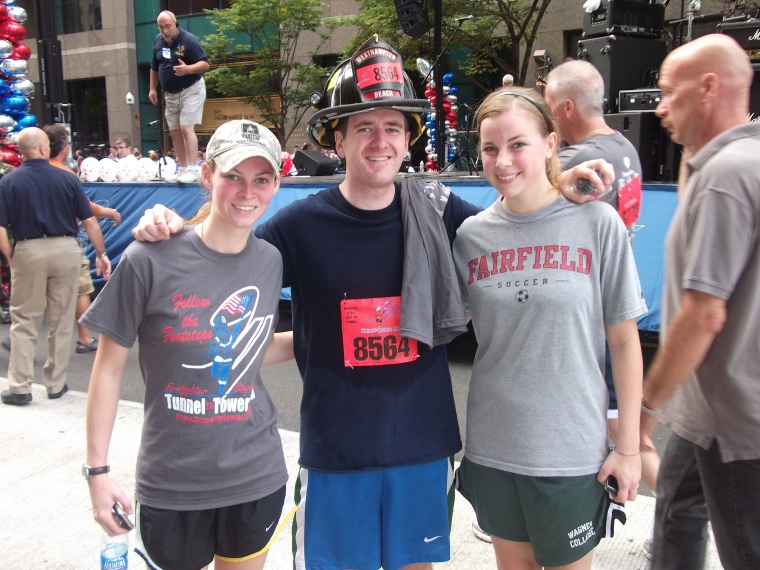 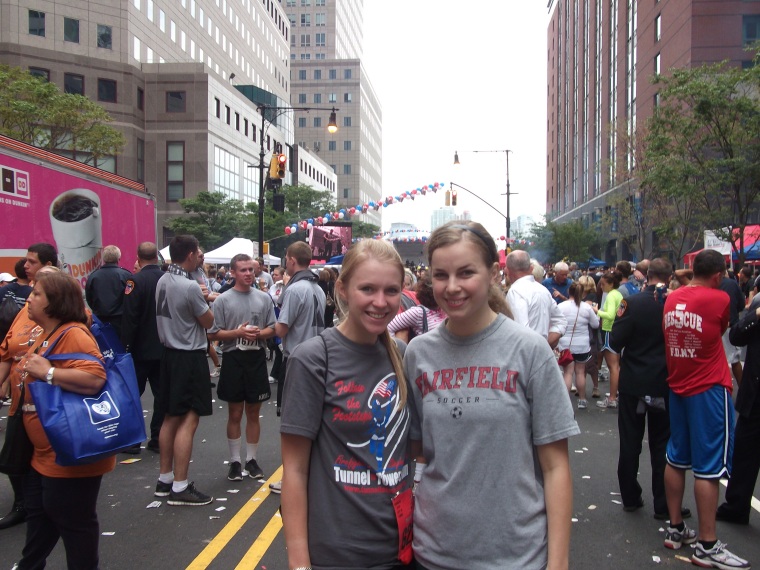 It was a great weekend and a great event. We then watched some of the Giants game/ate pizza/hung out. I was exhausted when I arrived home and went to bed around 9:30pm which is early for me. I woke up for an hour between 12 and 1am. Aren’t you glad you know all those details?

Have a good day. Goodbye.