I get off the bus every morning in front of Bryant Park on 42nd and 6th [in NYC]. The park is the length of one city block and the height of one city avenue. It is small compared to the small-country-sized “Central Park”. It is big compared to the 12 foot wooded trail “Rawhide Park” located in one of Staten Island’s Ghettos.

Metal tables and chairs line the perimeter of Bryant Park. There is a coffee stand in the East corner and large square of grass in its center like the quad of a college campus. [I just said “East” corner to look smart. I actually have no idea what Cardinal Direction the coffee stand falls into.] I had 25 minutes to kill before work so decided to take a stroll through the park. [For the record, I’m a pacifist and don’t actually believe in killing time]

The coffee stand is called “WitchCraft”. I saw “iced coffee” listed on the menu and made an imaginary “check mark” in my head. I love “iced coffee” in this warm spring weather. Why am I using so many “quotation marks?” There was no one waiting at the ordering window. Score. I dug four dollars out of my purse. I found two bucks in my wallet, one in the side pocket, and one tangled in my headphones. I figured four dollars would definitely be enough cover the cost- just in cast the prices were comparable to the expensive Starbuck’s. I walked up to the window. A small sign read, “Pick Up Order Here”. I turned my head left and saw a line of 17 New Yorkers in business suits on line at the “Order Here” window. They all held briefcases and were looking at their watch. I got excited because I thought I was going to witness a “flash mob” where normal looking people begin dancing and lip syncing. This did not happen. They were just waiting on line. I decided to forgo the coffee and spend the 25 minutes I had enjoying the park.

I sat at one of the metal chairs. I put my purse on the table in front of me. In my direct view, was a water fountain that doubled as an exclusive bird pool club. 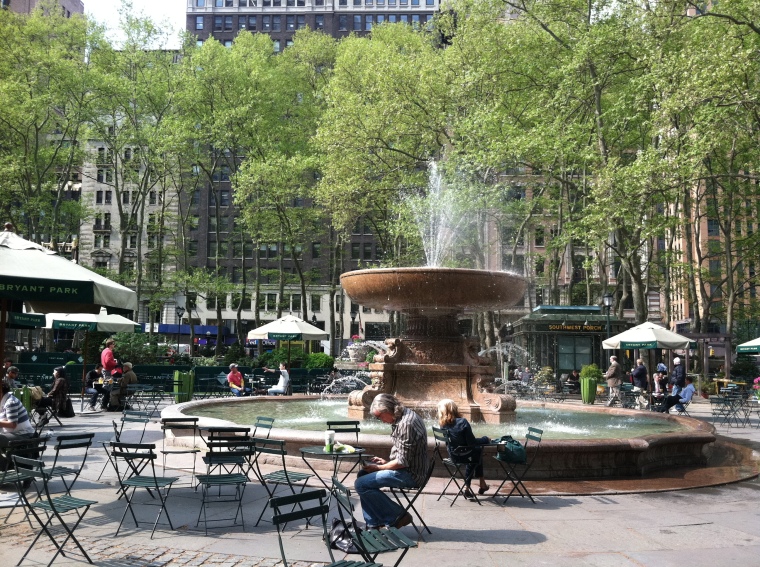 I breathed in the fresh Spring air. It felt rejuvenating to be outside. I felt sun rays on my skin. Birds sat on the upper edge of the fountain. Water shot out of the fountain’s top hitting the birds, pushing them over the edge. They would slide off then jump back up. They must feel like they were at a water park. I’m telling you, those birds were having a good time. 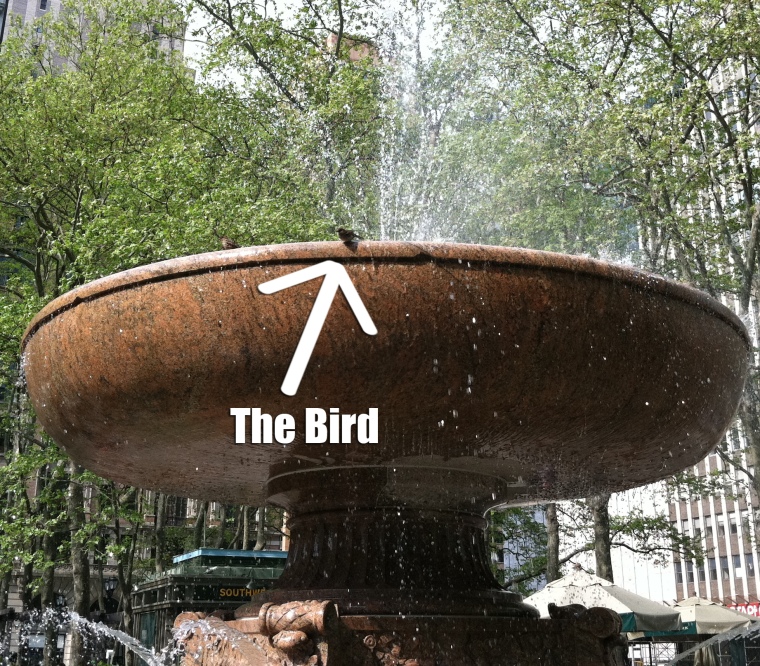 I longed to be one of those birds for the following reasons.

I looked to the right and saw a man in a business suit doing a solitary Yoga/Interpretive dance. It was so bizarre. His suit jacket was resting on a metal chair. I mean, good for him for tapping into his need move his body publicly. Maybe I should try doing that. I will do so tomorrow. 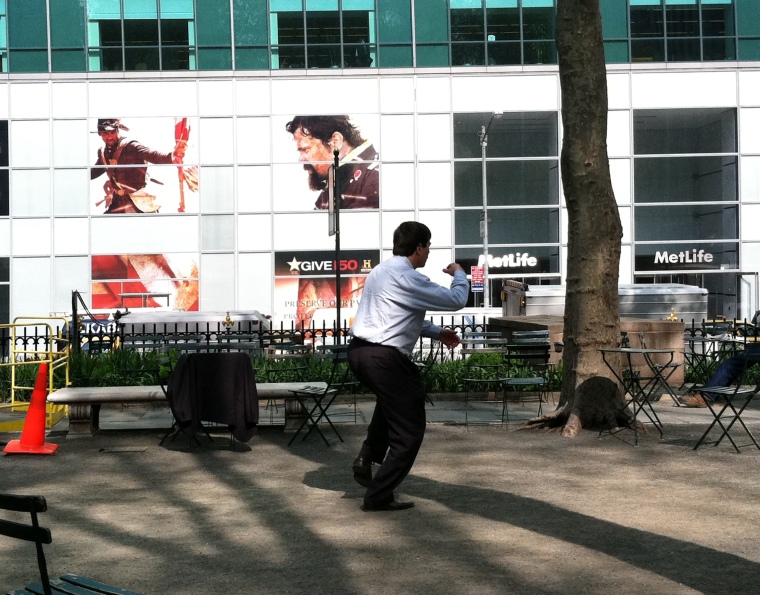