I have a secret to tell you. 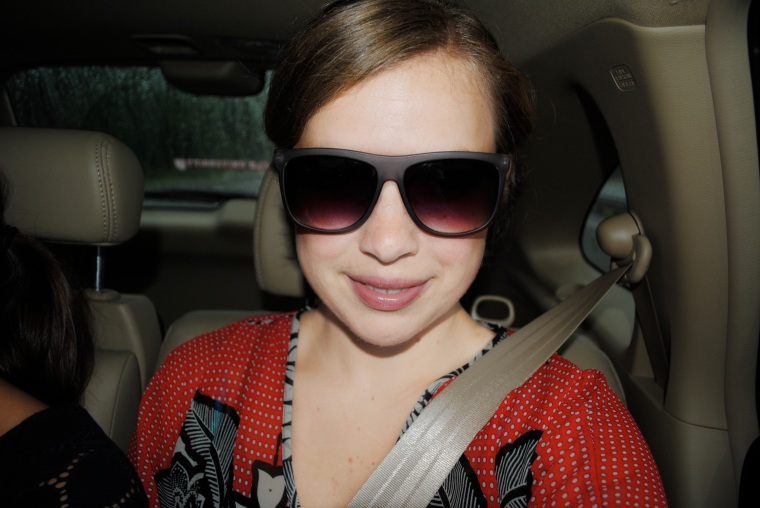 I’m a vampire. My eyes are red because I am thirsty for blood. This is me, buckled, on my way to my cousin’s baby shower. The Vampire Clan I am part of does not kill humans. My uncle is a doctor at the local hospital. Just like in the movie Twilight, he gets us packets of donated blood to drink. Twilight is my favorite movie because I relate so well to the characters. I stayed blood-starved until after the Baby Shower to keep my eyes red. They matched my dress really well.

My mother is a vampire too. Her eyes are golden because her blood levels are controlled. She looks like an angel. She is not though, because she is a vampire.

My sister jumped in a picture with us. In order to portray ourselves as “fierce”, we didn’t smile. We text messaged this picture to the cell phones of our enemies.

Here are my cousin vampires posing in front of the American flag. Emily and Blair are holding pieces of Vampire Cake which is really just red velvet. 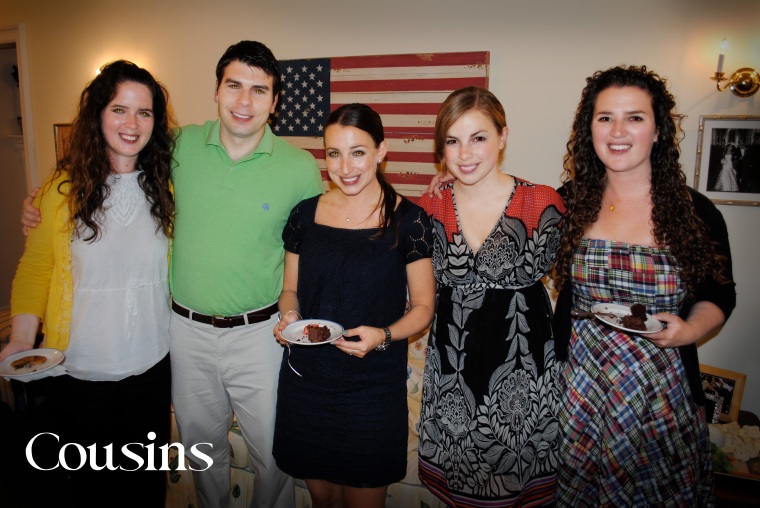 Kaitlin is a silly vampire. We call her Silly Kaitlin the Vampire.

My mother can be controlling. She sits behind Kaitlin. She uses mind telekinesis to get Kaitlin to make her plates of food from the buffet. “Get me a chicken quesadilla,” she is projecting in this one, “extra sour cream.” Mind control makes Kaitlin feel tormented and hungry.

My sister’s boyfriend, Adam, got blood thirsty as we left the shower. He ate a squirrel not even because he is a vampire, but just for fun. This is how we get a bad reputation. Because of the countless squirrel murders.

I’m glad I got this all off my chest. To quote John Mayer, “Say what you need to say” to quote Twilight, “Please forgive me. I can control myself. You caught me off guard. But I’m on my best behavior now.”

3 thoughts on “My Vampire Family”