I was born and raised on Staten Island, NY. The island was hit hard by Hurricane Sandy.

My house received minimal damage in the storm. My family is doing well.

Yesterday, my sister, friends, and I volunteered at New Dorp Beach cleaning up debris and belongings of those who lost everything in Hurricane Sandy. This part of Staten Island is a 7 minute car ride from my home. A 10 minute bike ride.

We met and worked with a man from London who was set to run the NYC Marathon. When the race was cancelled he decided to take a detour to Staten Island.

Here is a photo of us. The would-be marathon runner is the man with the “PLYMOUTH PHYS ED. DEPART” t-shirt. I “accidentally” poked his muscular chest as often as I felt wasn’t creepy.

We started cleaning this ocean side deli.

We found gatorade bottles, energy drinks, and beer cans. All filled, but contaminated. 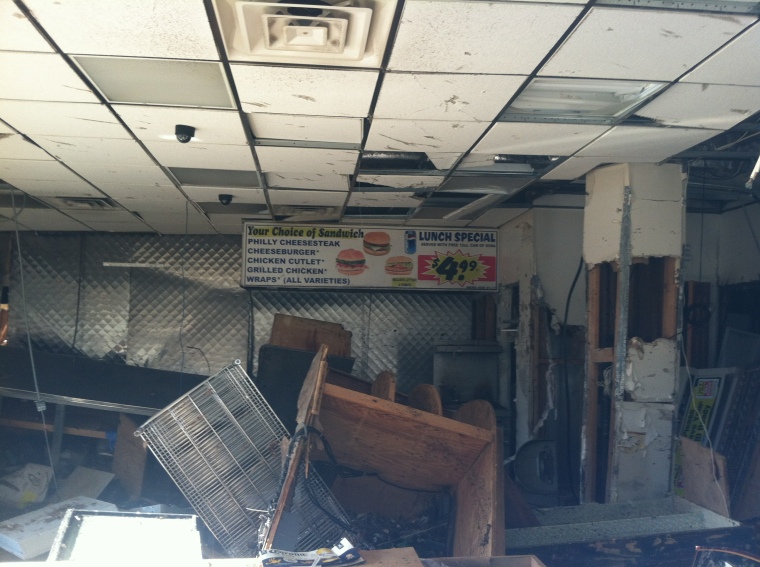 House next to the deli.

A tractor pulling a boat. 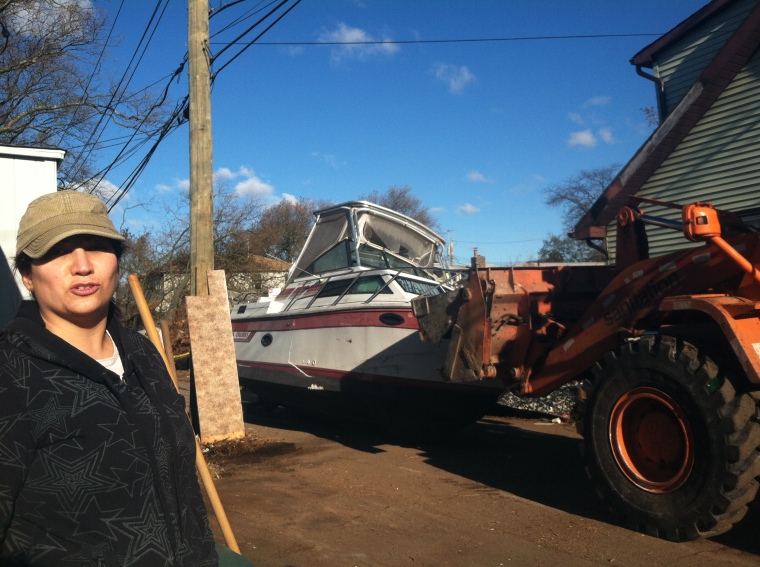 We did a lot of sweeping and putting into garbage bags. 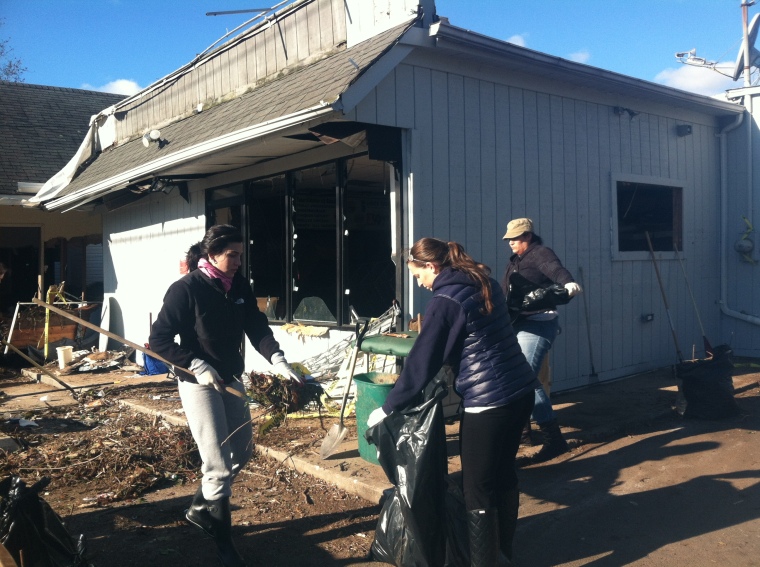 Photos found were set aside for safe keeping. 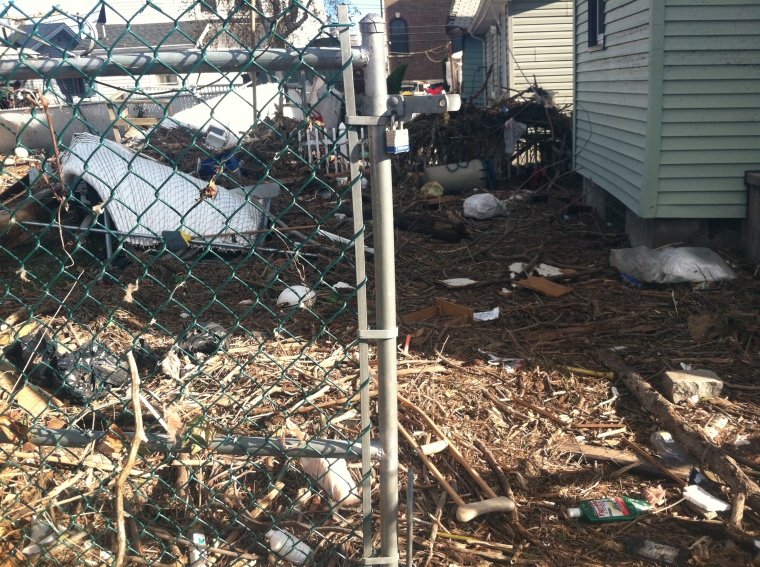 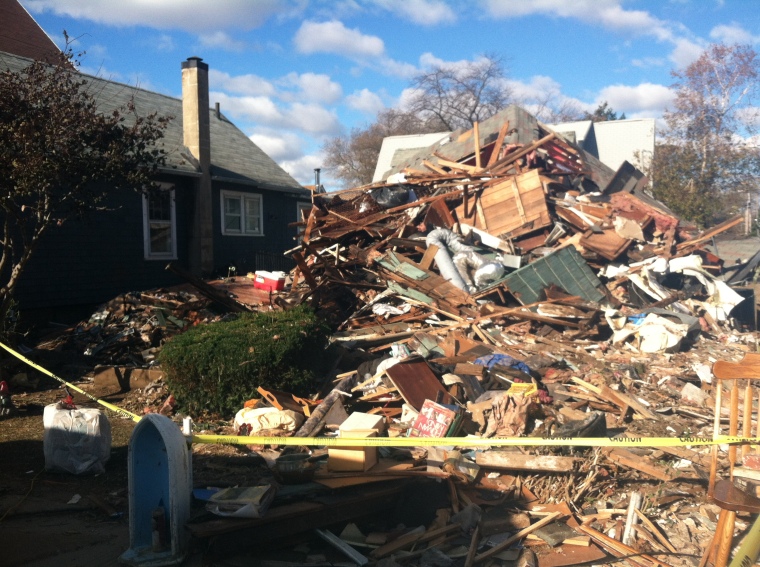 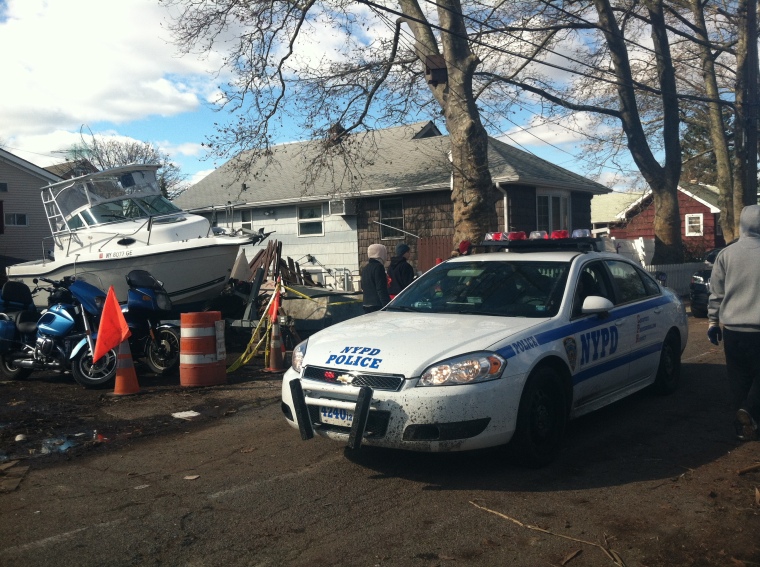 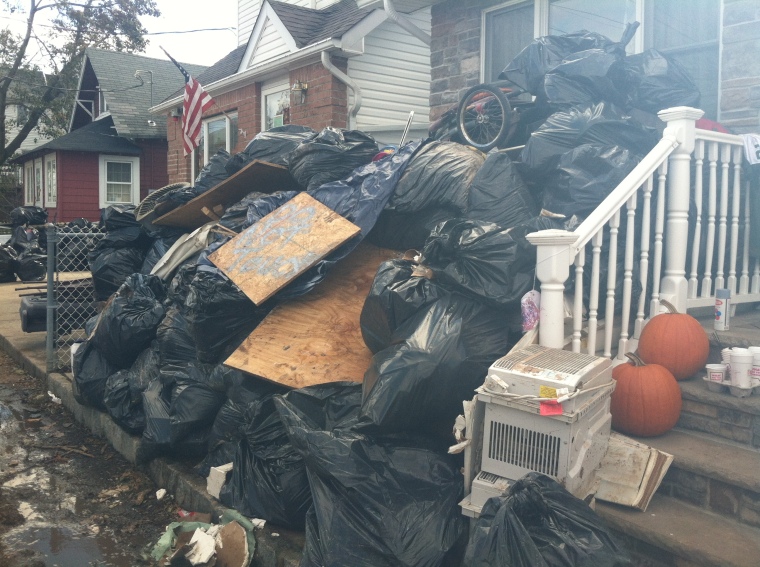 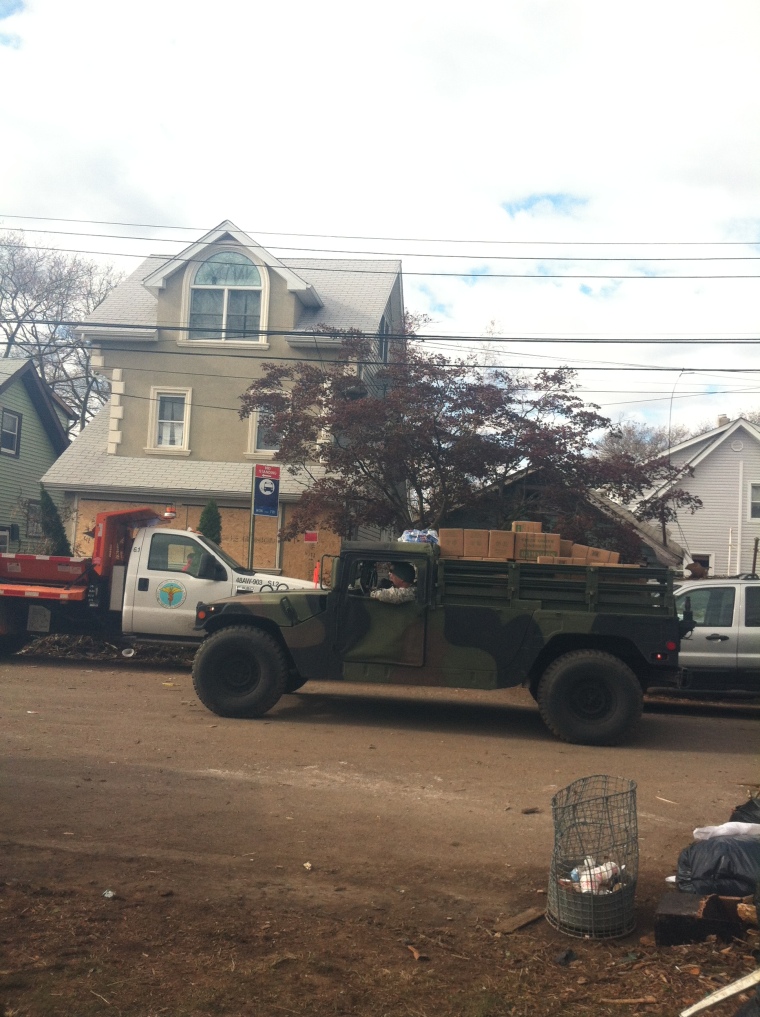 There were points, while cleaning up this lot, that it felt crowded. Which is a good thing. It was so nice to see so many people volunteer.

End of the day.